You are here: Home / Postpartum Wellness / Are You Keeping a Secret?

Are You Keeping a Secret?

“What will people think of me?”Maybe you’re concerned about what others will think about your second-hand clothes. Or maybe you’re worried what others will say about how many Sundays in a row you’ve missed church.It’’s a loaded question that concerns itself with a) the opinion of others, and b) your image.You also may be asking this question if you’re experiencing postpartum depression. The answers you come up with sound like “They’ll think I’m crazy” or  “They’ll think I can’t take care of my kids”; so you decide to keep silent about your postpartum depression symptoms. You keep it a secret.

The Art of Secret Keeping 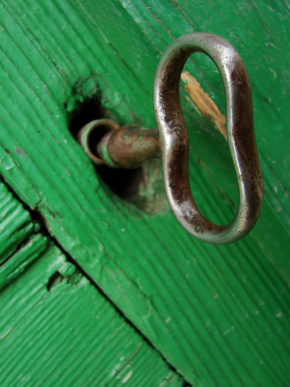 Maybe those first signs of postpartum depression crept in gradually, or maybe they came on all of a sudden. Either way, you recognize that things are not quite right. They’re way off actually.You have a hunch that it’s postpartum depression. You cringe at the idea of how humiliating it would be if others thought that you couldn’t hold it together. Perhaps there’s a fear of being lumped in the same group with other moms you’ve heard about with postpartum depression who have hurt themselves and their children.So, you ask yourself “What will people think of me?” And the very fear of finding out the answer leads you to keep your secret.Secrets are locked up in the first place out of a fear of what will happen if the secret is leaked. There’s a deep fear of exposing our flaws and our truths.You work hard to keep your secret under lock and key from others and yourself.You want to be the best mom you can be. You also want to believe that you’re not flawed. You want others to think the best of you, which is not someone with postpartum depression.

The thing about keeping secrets is that it’s hard work. It’s exhausting.You have to be one step ahead at all times to keep your secret from being exposed. You worry about how much of yourself you can share with your girlfriends or your husband without letting on how bad off things really are. So, you carry on acting as if everything is okay. And on the outside it may look that way, but on the inside you’re falling apart.And you continue to suffer with postpartum depression in silence.Maybe your racing thoughts are “that bad” one day and you just can’t take it anymore. Or maybe your husband has started to notice that you’re crying a lot and suggests that you go see your doctor. The door where you keep your secret hidden opens a crack, and rather than slamming it shut you decide to use it as an opportunity to speak up.You do still ask the question “What will people think of me?” Only this time, you answer by saying “I don’t know what people will think, but I have to take this chance on myself.”

Telling the Truth on Your Secret and Owning It

Shining the light on your secret, which dwells in the darkest corner of your heart, takes guts.It is an act of courage to face the truth and own your story that’s filled with the struggle and pain of postpartum depression.And that fear that initially kept you silent? It might still be there but it’s confronted. So, rather than running from the fear any longer, you find the courage to walk through the fear.You also find a way to believe that postpartum depression is not a character flaw. You even realize that you really don’t care to ask “What will people think of me?”
If you are suffering in silence with your secret, know that you don’t have to. You don’t have to walk this journey alone. If you think you’re experiencing postpartum depression, contact me for a private consultation.

Subscribe to receive the latest dose of inspiration and reflections from Sarah right to your inbox.

Hi, I’m Sarah! I work with pregnant and postpartum mothers helping them to re-establish a sense of identity as a new mom and find emotional balance. I’m also passionate about working with mothers of young children by guiding them on the path to wellness and living a meaningful life.

If you wonder whether counseling is for you, it’s easy to get in touch with me.

You may be interested in these posts from the same topic.

8 Signs of Postpartum Depression and Anxiety
Next Post: 4 Simple Practices to Help You Stay Sane